On this page we periodically review the newspaper excerpts (editorial notes see here) that we have collected with a view of political development in the post-western world. The assumption is that a global turn is emerging during the 21st century. Democracy and individual humanness become more important worldwide.

Second, the content of our main page (humanrightsjourneys.com/sdg16) is a pointer for a justice driven development: Faith and the nuclear family are the key components of peaceful change, but undervalued as compared to sword monopoly and economic development. This has been proven during the millennia long search for freedom. Moreover this fact is vibrant among humans today.

Third, changes will happen on a country basis. Changes happen from within. Fourth, comparison between countries is a useful exercise for achieving SDG16. 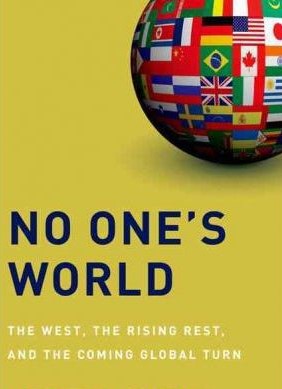 The collection of articles for this site started at the height of the Belarusian protest movement in July 2020. In 2021 we have seen this movement crumble and losing out to the brutality of autocratic rule. A similar fate is seen in other protest movements, like in Hong Kong, Thailand, Myanmar and Venezuela. In Africa protest movements have proven to be more sustaining themselves against ruler control. Sudan and Tunisia are examples. As a whole protest movements show disconnectedness towards the needs for effective governance. On the short run this is to the advantage of autocratic solutions.

To be running a government is also complicated as we have seen from the idealistic point of view of the leadership in Ethiopia. Throughout the year the government has struggled to handle the conflict started by a separatist region. Only military innovation turned the odds. Another example is the prominent nation of Nigeria. The government is unable to handle insecurity and governance requirements. This makes Africa more receptive for foreign security meddling and the accompanying economic and military interests.

The other major event in 2021 is the ending of the western interference in Afghanistan. This is all the more significant as it comes with a realization that foreign intervention is not effective. Not to mention the (mildly speaking) excessive costs of the Afghanistan effort, which could have solved world poverty and climate change in one go.

The flip side of that reality is not evidently understood. This can be seen with regard to the western response to the civil war in Ethiopia. Without the support of African nations the west brought the war before the Human Rights Council, thus contributing towards the thrust of other power hubs who are built on alternative power mandate foundations.

The Covid19 crisis has contributed to a wider realization that countries are a vital hub for distributing public goods and fighting global inequality.

When collecting articles from major newspapers one cannot escape the limited scope of it all. Security and economic opportunity seem to be paramount in the construction of the narrative, especially if the one supports the other. Faith and the role of the nuclear family are rarely discussed and often only in a negative way. This result perhaps materializes from an attitude popularized by the Canadian philosopher Charles Taylor: “immanent frame”. On our main page this is effectively dealt with in the mentioned essays of Marilynne Robinson. Nor surprisingly she defends the Old Testament of the bible.

The helicopter view of the bible is missing in the newspaper worldview. We will have to see what the future brings. We hope to continue monitoring the situation, Lord willing!