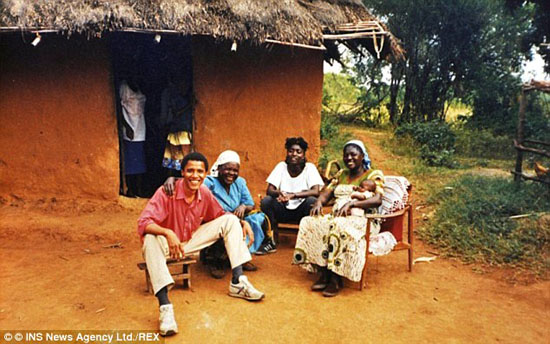 Statecraft is science of humans. The 44th president of the United States of America (2009 – 2017) with his grandmother in Kolego, Nyanza, Kenya. The visit was around 1980.

The 193 states in the U.N. all have ultimate authority over their own territory. The limitations of states are in evidence in today’s geopolitical environment. They were recognized by the U.S.A. president on August 15 2021 when he tried to explain the defeat of military and economic options by saying that the Western concept of nation building is obsolete and added: “You cannot change in 20 years what grew in centuries”.

Their predecessors in Afghanistan, Russia, have not yet understood the message and recently started an all out attack on their neighboring country, Ukraine.

The important question is now: How to promote a successful state where freedom, peace and prosperity are sustainable. This is no rocket science. But this question is neglected despite its urgency. We propose that the success of a country depends on the national society that underpins the state. Churches are important for a sustainable society, well proven in the history of countries since the emergence of the first modern state in the 16th century AD. Countries like Switzerland and the Netherlands heeded diversity and responsibility in their society and a dynamic separation of church and state.

An African proverb says it well: “If you know the beginning well, the end shall not trouble you”. This website is dedicated to making a contribution towards explaining what makes states successful. Its envisioned audience is church leadership worldwide.

“In my country, politics is not just a matter for government. It is people-driven.” (Ignazio Cassis, foreign minister of Switzerland, 27 August 2021)